Today in The Biology of Video Game news (Wait, that’s not what this blog is…) 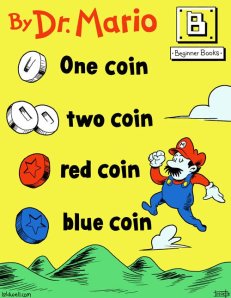 Jokes aside, a recent study suggests that there may be benefits of video games on those with dyslexia. This is important news to those with children struggling with dyslexia or those themselves who struggle with it, which is about 5%-10% of the population. I won’t go into the study all too much, but essentially the study found that children with dyslexia were able to  match those without dyslexia when it came to reacting to a visual cue followed by a sound cue, as opposed to being asked to reacting to cues broadly.

“The idea is to train with some kind of video game that trains the eye movements to different locations to add in that multisensory component,

Maybe in the future we’ll see games developed specifically for kids with dyslexia to help alleviate the problem. It certainly wouldn’t be far fetched, as we already have plenty of video games meant to teach kids basic reading and writing.

So at this point you may be asking (as we’ve already established you’re a curious one) what does this all have to do with sociology. Well, if video games can help alleviate dyslexia or train your brain in other ways, then certainly they will become a more important part of our social world. The more evidence of the benefits of video games, the more they become a social norm in our society. That’s not too bad for us gamers, right?

Check out the original study Here!