The upcoming 2K game’s/Hanger 13’s “Mafia III” has some interesting gameplay elements that may change the way gamers think about racism in America. Set during the late 1960s, Mafia 3 places players in the role of Lincoln Clay, an African American Vietnam War veteran who is returning to his home after serving overseas. The game’s narrative has Clay seeking revenge on the Italian Mafia for the deaths of several of his childhood friends. To enact revenge, Clay will form his own mafia in the hopes of achieving revenge for his friends and earning himself a better life.

For anyone who has played a Mafia game in the past, this doesn’t sound far off from standard fare. However, this will be first time the series has introduced a character of color as the main protagonist for the game. For the developers, this isn’t a cosmetic change they wanted to make lightly: creating a character of color set in the world of  the 1960s means that the character would interact with the world differently than a white character. As a result, the developers decided to make how characters and area react to the protagonist’s skin color a part of the gameplay itself. 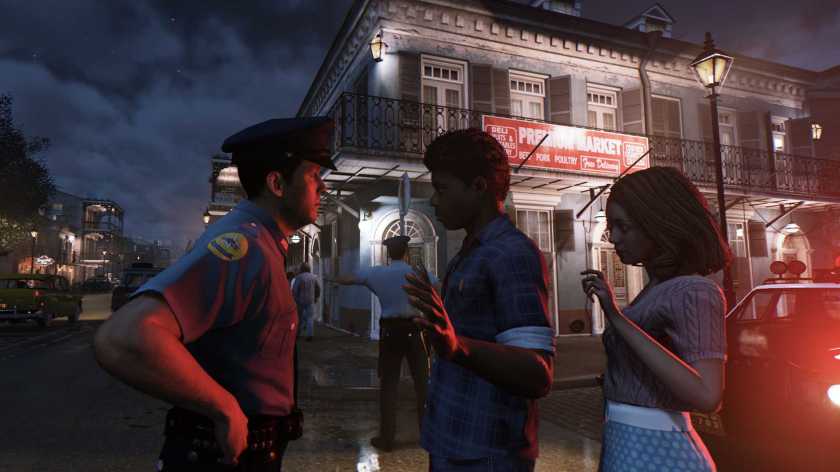 Haden Blackman and Harms, creative director and lead writer of Mafia III respectively, shared some insight with IGN on how they’re making Mafia III reflect the turbulent times of the 1960s:

The behavior of pedestrians and NPCs – certainly not everywhere throughout the game, but in large sections of it – there are places where if Lincoln looks out of place and seems out of place, people will react to that…There are places you can go that just being there is an offence and will elicit a police response. ..We aren’t so naïve to think that a single game could cure racism, but if we can get the player to think, ‘Why am I being treated differently here than in other parts of town?’ then I think we’ve done something worthwhile.”

It’s an innovative design element, one that could potentially open some eyes to hardships that many people of color face in their every day lives. We’ll have to see how it’s fully implemented when Mafia 3 comes out in the fall, but it’s great to see a developer be cognizant  enough to  realize that their characters and action have to reflect the world in which they are set. As Haden Blackman eludes to, if the game can change the way people think about privilege and make people even slightly more sympathetic to those who have to deal with everyday racism then the game will have accomplished something great.