This is an issue I didn’t know too much about until recently. I promise to try and not be preachy and only focus on the facts. More aware gamers probably can already imagine that many of their favorite consoles or games come from low-wage factories or sweatshops in foreign countries, but where the minerals that actually go into their consoles come from is a whole other step beyond that many gamers might not know. Bear with me on this one, I admit that I am not too knowledgeable on this subject (Most subjects, really) and there are countless better sources for this subject, but I thought I would share as I learn.

This issue has been getting more news recently as “Walk Free”, an anti-slavery movement, has targeted targeted Nintendo to release their policy on conflict minerals. But of course this isn’t a new issue, there has been wars waged over these conflict minerals in Africa, specifically The Democratic Republic of Congo, for years. The Playstation wars, as they were nicknamed, were/are wars waged in Africa for over a decade  over precious minerals that are used in many common electrical devices like phones, laptops, and, of course, Video game consoles. The mineral in question is Coltran, a mineral that when refined can be used to make the powder tantalum, a common product in electronics. To make matters worse, many of the miners and retrievers of these conflict minerals have been found out to be prisoners of war and children, which is at the heart of Walk Free’s movement. With so many deaths and acts against humanity surrounding these minerals consumer began to question what was in their products.

The United State has adopted a policy of encouraging American companies to not use mineral sources originating from the DRC, and recent studies have show that American companies have complied. Bringing the issue to the attention of the had an impact, as most large electronic manufacturers released policies against the usage of conflict minerals. Sony addressed issues of Conflict Minerals in their products, and their official statement on their website says

Sony shares the concern that conflict minerals might be used in the electronics industry supply chain and is taking steps to eliminate conflict minerals from the supply chain. It is Sony policy to refrain from purchasing any products, parts and materials that are known to contain conflict minerals. Suppliers are also expected to ensure that products, parts and materials delivered to Sony do not contain conflict minerals. Sony is currently formulating an appropriate framework and measures to implement this policy.
Recognizing that these issues are common across the electronics industry, Sony is also participating in the creation of an industry-wide framework, an effort spearheaded by the EICC/GeSI, to improve traceability of minerals and ensure responsible sourcing.

However, other big developers, namely the big N, have not released as formal statements or policy regard conflict minerals. In late 2012 Nintendo stated publicly

“Nintendo’s CSR Procurement Guidelines provide specific directions to our production partners regarding socially responsible procurement practices. We implemented these guidelines based on relevant laws, international standards and guidelines that focus on protecting human rights, ensuring workplace safety, promoting corporate ethics, and safeguarding the environment. These guidelines include provisions on avoiding the use of conflict minerals and the importance of investigating the source of raw materials.”

However, unlike Sony and Microsoft, Nintendo has yet to release specific details of their policies regarding conflict minerals, which has caused groups like Walk Free to urge them to do so. 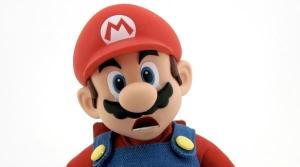 Whether Nintendo will release such detailed reports in unknown, but it certainly is an issue that has plagued the gaming industry for sometime. With a whole new generation of consoles on there way, activist groups like Walk Free have their eyes on big companies like Nintendo and Sony more than ever. In making our companies socially responsible we take a step towards ensuring better practices world wide, but certainly to end conflict over minerals and the usage of forced labor will require far more than companies enacting policies.

That’s all back story that a good portion of gamers probably don’t know. Should they? Or should we just have faith in our gaming companies to enact policies that are fair? Should we even be bothered if these minerals are in our video games? There’s no easy answers for questions like these, as the balance between cheap consumer goods and fair treatment across the globe is joined together. Many Americans choose to ignore or remain ignorant of where their goods come from, and often with viable reasons. It’s not an easy situation with black and white answers, and I certainly don’t claim to have any answers. However, certainly by knowing the issues and being better informed we become better individuals and better consumer of games.

I hope this was worthwhile, even if you already knew all of this information. I learned some stuff, so I’m content.

Here are some links for further information:

Walk Free’s “Slavery is not a game campaign”

Raise Hope for the Congo