Do We Cheat in Video Games Because We Assume Everyone Else Is?

We’re back in 2014, with an article that looks into a study conducted by a research team coming out of Singapore. This specific study looks into why we cheat in video games. 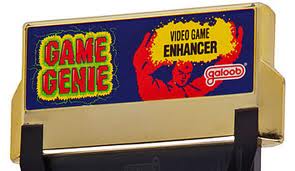 I won’t go into the specifics of the study, as the wired article does that quite well, but it is worth discussing the findings of the study. The article reevaluates the belief that it’s anonymity that makes gamers cheat in online communities, and instead finds that gamer’s responded that they more often resorted to cheating because they believed others were cheating as well. Not only that, but they also responded that if one doesn’t cheat in online communities then they are at a disadvantage. Essentially, we’re all cheating because we assume everyone is cheating, and if you’re honest you’re probably losing. What an online world we live in.

Take some time and check out the article, and the study if you have the ability to. It’s worth a view.

I know this post is a bit on the sparse side, but I promise: more content and new articles in the future! Until then, happy new years and good gaming.

1 Response to Do We Cheat in Video Games Because We Assume Everyone Else Is?